His name is pronounced “No NA mee”.

He is my pretty blue beta fish who lives in a fishbowl on my kitchen table, about a foot from Stewie’s cage. I bought him from the same pet store Stewie came from so that means they are somewhat related. Noname’s hobbies include waving his lovely tail, swimming in circles, and spewing multiple food pellets out of his mouth.

He also dreams of the day when the Gate Keeper buys his own Siamese fighting fish so Noname can kick its scaly behind in the much-anticipated Fish Fighting Matches.

Noname is Japanese for “My owner was too lazy to give me a real name”. 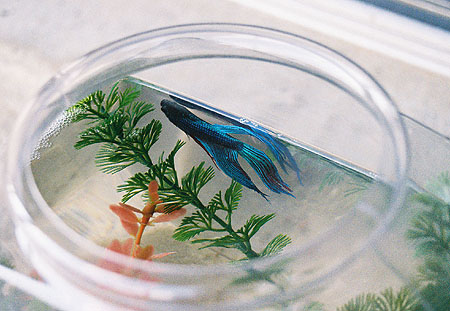