I read this article a couple months ago while I was slowly working up the motivation to revive my blog: “What’s next for milbloggers?”

“Last month at the annual MilBlog Conference in Washington D.C. several of the attendees wondered if blogging about the military in general was dying, and maybe the May conference was the last one to be held….there are fewer blogs today than there were just a few years ago. Many have gone dark; others are no longer updated on a regular basis. This, and a conversation I had recently with an educator who helps military personnel to start their own blogs begs the question, are milblogs dead?”

“…what I find more and more, are milbloggers talking to themselves, and not getting some important conversations into the public’s eye. They spend more time writing alphabet soup, than having a conversation. If a blogger is writing for an audience beyond the command, then write in English”.

For example, I’ll come across a blogger who is a military spouse, and she writes that she not looking forward to the upcoming PCS. “I’ve been PCS’d so many times, I’m dreading this one,” she might write. Well, unless she’s blogging to other military wives, no one from the outside would know that she was talking about moving to a new base.

If the world of milbloggers is getting smaller, and their audience is getting smaller with the drawdown, and forced separation from the military services, and the blogger writes in milspeak, then for sure milblogging is dead.

Of course, I immediately felt guilty because my blog fell into the category of “no longer updated on a regular basis” and was veering towards “gone dark”.  (now it’s in the  “Look! I’m alive! Pay attention to meeeeeeeeeee!” stage)

I had my reasons for not updating my website, as most people do, but I’m curious to know if there’s a legitimate downward trend of milblogging and milblog reading. If so, I’m not surprised. The widespread popularity of milblogs encouraged thousands of people to start a blog about military life. Some of them were good, but many of them were afflicted by a variety of diseases that made them irritating to read. So I stopped.

I stopped reading dozens of blogs because instead of publishing original content, they got lazy and started posting only links to newspaper articles or excerpts, often without any commentary. You’re not sharing insight into your life by reposting yesterday’s news about weapons in Asia…every single day.

I stopped reading some milblogs because every post became a product review, a book review, or event advertising. Snooze. You gotta make money, fine. But you can’t stop writing interesting stuff or your readers will leave and eventually, so will the money.

I stopped reading blogs because they turned into one-sided political rants. I get it, you hate that political party, you don’t need to repost every news article you find about it and analyze it to death.

I stopped reading certain blogs because they were racist, homophobic, sexist, or worse, blatantly women haters. Some people expressed beliefs that were truly scary. Why would I want to read that just because the author is in the military?

I stopped reading a lot of milblogs because they assumed everyone in the military shared their beliefs and if we did not, we were ignorant, stupid, unpatriotic,  or even traitors-in-disguise. They were incapable of comprehending how you could be their “brother” in the service, but not share the “correct” beliefs.

I miss the good milblogs, the ones with moving, informative, or funny stories, or cool pictures of the author’s life. I hope there are still some out there.

The Internet still has a ton of military commentary so I’m going to try to avoid it on my blog. I like writing about important topics, but hitting “publish” and leaving, and knowing that a barrage of nasty comments is waiting when I return takes the fun out of blogging. Yesterday, I nearly wrote about Captain Petronio’s statement about women in combat and then changed my mind. There’s plenty of sharing on both sides of the issue already.

But there’s not enough sharing of this hilarious photo: 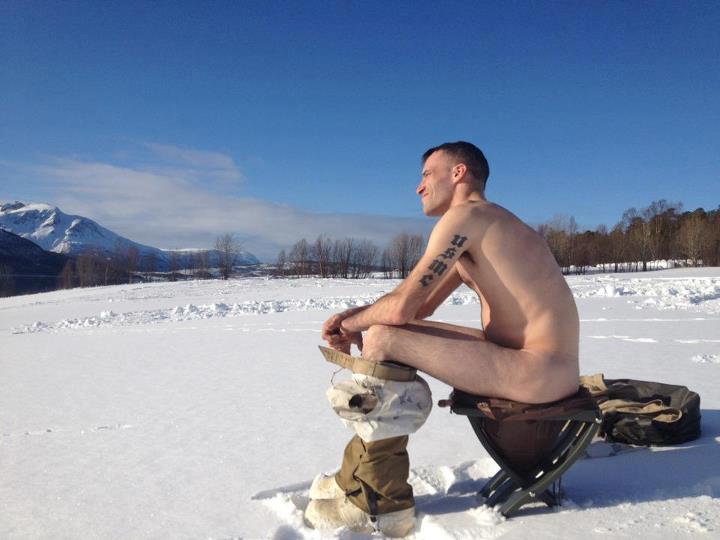 Source – Charlie Terry: This is my buddy taking a shit in Norway while its about 10 degrees. He wonders why he’s still a lance!

4 thoughts on “No more milblogging?”