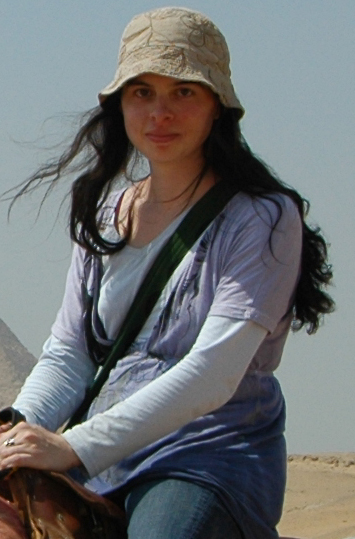 PBS successfully recruited me into being a contributor to their “Regarding War” blog and my first post went up today: An Ordinary Marine Tale. Hopefully this is an acceptable substitute  for not posting anything substantive on my own blog recently!

As you will see if you go read it, or if you scroll down, it is published under my real name and mentions which reserve unit I am in and where I go to school. So…um…please don’t stalk me. I am highly-trained killer (and so are all my friends) and you will be sorry.

Also, for the impatient folks who want something to read now, here is the Q&A they had me do:

Maria Saucedo joined the Marine Corps in 2003. After tours as a supply clerk in Okinawa and Albany, GA, she deployed to Iraq in 2005. She then became a Marine Security Guard and served at embassies in Finland, Honduras and Egypt. She is the author of the blog, The semi-normal, day to day life of a female Marine. Maria is now a college student on the G.I. Bill and has recently joined a Marine reserve unit in Maryland. In the coming months, she will contribute to Regarding War blog. As means of an introduction, we asked Maria a handful of questions about military life, her travels and her writing.

Where are you from?
Montgomery County, MD.

Why did you join the Marines?
I was tired of school because I didn’t know what I wanted to study, and I didn’t like my job anymore, and it seemed like it would be fun and interesting. I picked the Marines over the other branches because my grandfather was a Marine; it never really occurred to me to consider another branch.

Where did you serve and in what capacity?
My MOS is Supply Administration. My first duty station was 7th Communication Battalion in Okinawa where I ordered and tracked gear and parts. I then went to the Supply Chain Management Center in Albany, GA. From there I deployed to Iraq where I worked in Logistics Command’s forward post issuing out weapons and vehicles to other units. After my year in Iraq, I became a Marine Security Guard and was posted in Finland, Honduras and Egypt.

What was the hardest part about being a Marine?
For me it was always barracks life. Being able to hang out with Marines all the time was great, but I’m the type of person who needs her own little space, and that’s impossible for single Marine stuck living in the barracks.

What was it like to be a female in the Marines?
It’s a lot like being a male Marine, except I get to have longer hair.

When and why did you start blogging?
I started blogging in late 2004 while I was stationed in Albany. I’ve always liked writing and someone suggested I start a blog. So I did. Now I try to keep it up because there are so few other female Marines out there on the Internet.

What are you doing now?
I just got off active duty last October, and I’m about to start my second semester back at the University of Maryland, College Park. My major is Geographic Information Systems, and I may pick up Arabic as a double major or a minor. I work part-time at a garden center, and in June I began drilling with the 4th Combat Engineer Battalion based in Baltimore.

6 thoughts on “PBS’ Regarding War: An Ordinary Marine Tale”